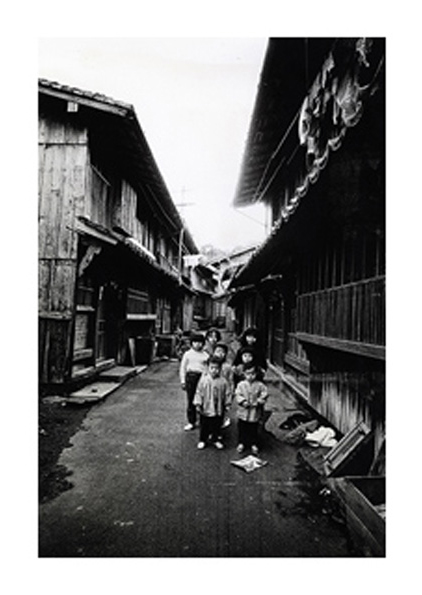 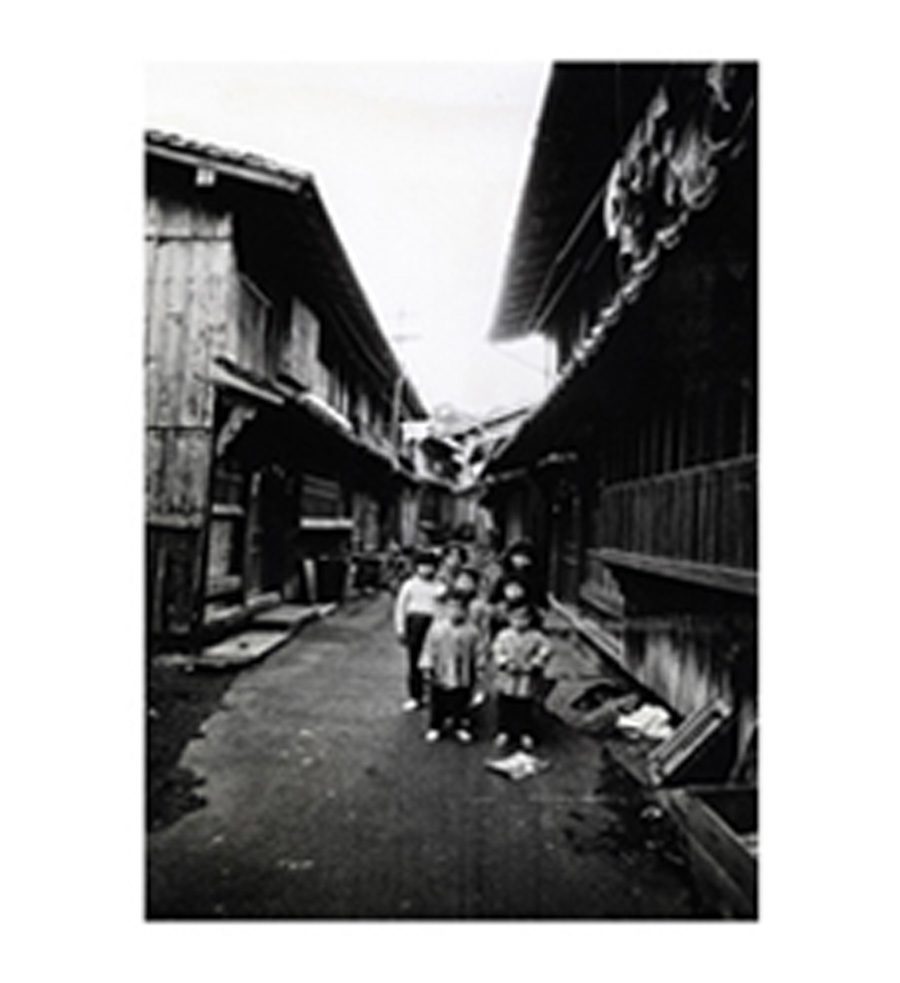 Kazuo Kitai: A Photographer on the Road with His Camera
To the Village

This photo exhibition will be held with changed schedule because The Photo History Museum is temporarily closed to prevent the spread of infection from coronavirus.

This exhibit presents around 30 photographs, all of which are valuable vintage prints, carefully selected from Kazuo Kitai’s “Murae” (To the Villages) series, for which he was given the 1st Kimura Ihei Award, as well as from its sequel “Soshite Murae” (And To the Villages). In the 1970s, the period of high economic growth, Kitai chose "village" as a photographic theme, and took pictures of familiar daily scenes calmly and carefully, in opposition to the trend of urban migration. 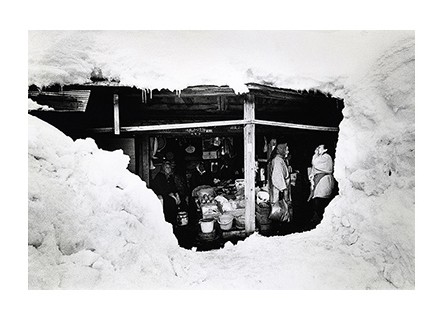 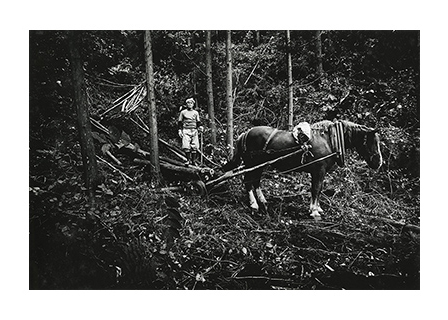 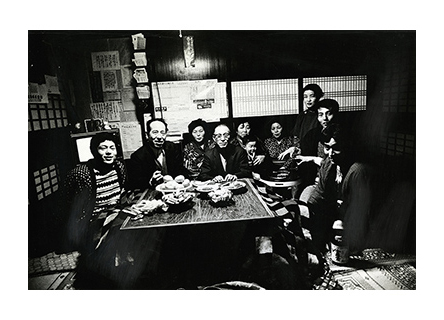 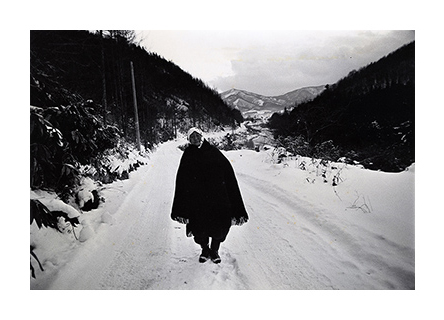 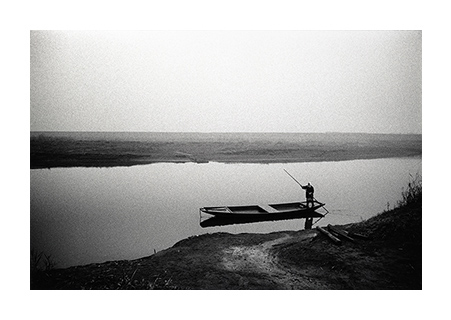 Kazuo Kitai (1944—) is a leading photographer in postwar Japan. Highly acclaimed in Japan and abroad and still attracting international attention today, his works, which are focused on motifs from daily life, capture the age with precision.

Kazuo Kitai's photographs for To the Village were serialized in twenty-four issues of the Asahi Camera monthly magazine from January 1974 to December 1975. The 1970s was a time when people in Japan were rapidly turning their attention to the cities. As if opposing this trend, Kitai chose the village as his subject, causing a stir with a fresh perspective that portrayed perfectly ordinary everyday life in After the Rice Harvest, Hot Springs, In the Snow, Country Road, Bon Festival, and other photographs. Kitai was presented with the inaugural Kimura Ihei Award for this acclaimed series of photographs. A sequel was serialized in Asahi Camera from January 1976 to June 1977. In October 1976, the To the Village collection of photographs was published in a special issue of Asahi Camera, and in 1980, the re-edited series was published by Tankosha as a photo book. Subsequently adapted and re-published in photo books or presented at photo exhibitions, To the Village is a rare work that has enjoyed uninterrupted attention up to the present day.

In 1964, Kitai launched his career as a photographer with the self-published Resistance (Mirai-sha Publishers, 1965), a collection of photographs he had taken at the demonstrations to block nuclear submarines from making ports of call at the U.S. naval base at Yokosuka. Later, he also photographed the upheaval of the radical student movement for The Asahi Picture News. But eventually, Kitai's interests shifted from conflict to the activities of people in their daily lives. In 1969, Kitai adopted the same standpoint as his subjects for Sanrizuka (Nora-sha, 1971), a photo book where he documented the farmers in the village of Sanrizuka who were opposed to the construction of Narita Airport. Acclaimed for its expression and for its perspective on everyday themes, the work won Kitai The Photographic Society of Japan Newcomer's Award. Developing empathy with the people who became his subjects and photographing their daily lives, Kitai discovered his own unique themes and approaches to photography while working on this project. The warm gaze of the photographer is consistently present in his subsequent works. In To the Village, he painstakingly and quietly captures mundane scenes in farming villages that are on the verge of falling into ruin.

For this exhibition, we have carefully selected approximately thirty valuable vintage prints* from the timeless masterpiece To the Village, a work for which the photographer was awarded the inaugural Kimura Ihei Award. When Kitai took the photographs, the subject of the village was diametrically opposed to the trends of the day, but as the years have passed, the photographs have come to symbolize that era. The casual everyday scenes make us feel even more deeply the importance of keeping records. Today, when our society is permeated with digital photography and social media, the way we take and look at pictures, and the methods of expression have undergone great change. Perhaps this is why these vintage prints from nearly half a century ago speak even more strongly of the starting point of photographs, which is to record, and the essence of photography, which is to express the viewpoint of the photographer.

We hope you will enjoy these masterpieces by the photographer Kazuo Kitai, who recorded his encounters with people and their times.

Kazuo Kitai was born in Anshan, China, in 1944. He withdrew from the Department of Photography at Nihon University College of Art in 1965. In the same year, he published Resistance (Mirai-sha Publishers) at his own expense. In 1969, Kitai documented the opposition to the construction of Narita Airport by the farmers in Sanrizuka. In 1972, he won The Photographic Society of Japan Newcomer's Award for Sanrizuka (Nora-sha), his photo collection on this topic. In 1976, Kitai won the inaugural Kimura Ihei Award for To the Village, which was serialized in Asahi Camera magazine. His most important exhibitions include Time Tunnel Series Vol. 20 Kitai Kazuo Jidai to Shashin no katachi (The Times and Form of Photography; Guardian Garden, 2004) and Somehow Familiar Places (Tokyo Photographic Art Museum, 2012). His main publications are, among others, To the Village (Tankosha, 1980), Shinsekai Monogatari (Choseisha, 1981), Funabashi Story (Rokko Shuppan, 1989), Somehow Familiar Places (Sokyusha, 1990), 1970s NIPPON (Toseisha, 2001), Nagaregumo tabi (Drifting Cloud Journeys; WIDES Shuppan, 2016), and Agitators (Heibonsha, 2020). Kitai has also published a book of essays, Pictures from my Cabinet of Memories (Nippon Camera, 2017).

*Please note that circumstances may force us to suspend or modify the exhibition or the events. Thank you for your understanding.

To commemorate this photo exhibition, we are releasing an interview with the special guest.
Interview Series, Part 5: “What Should Be Photographed － Talking About the Period and Works of <To the Village>” 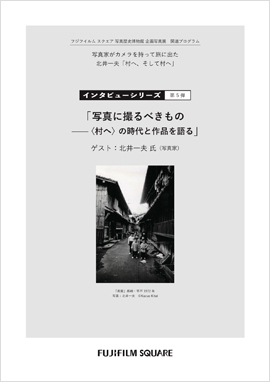 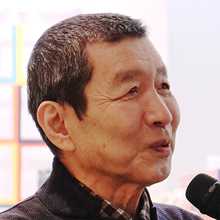 At FUJIFILM SQUARE, we exhibit high quality silver print photographs to provide the general public the chance to see what photography is about. We also put a lot of effort into photo-appreciation support activities, such as Gallery Talks and lectures, to help visitors deepen their understanding of the exhibited works. In fact, in 2019 alone, more than 14,000 visitors participated in these activities. Sadly, however, due to the impact of COVID-19, we have temporarily suspended live support activities at the site since 2020. But, as a new program, we are publishing interviews with special guests on our official website. Whether or not you have seen the actual photographs at the FUJIFILM SQUARE gallery, this program is an opportunity for you to enhance your understanding of what makes photography so interesting, what goes into producing works, and what photographers intend to achieve. Furthermore, these interviews should serve as a useful resource for passing on the value of photography to future generations. 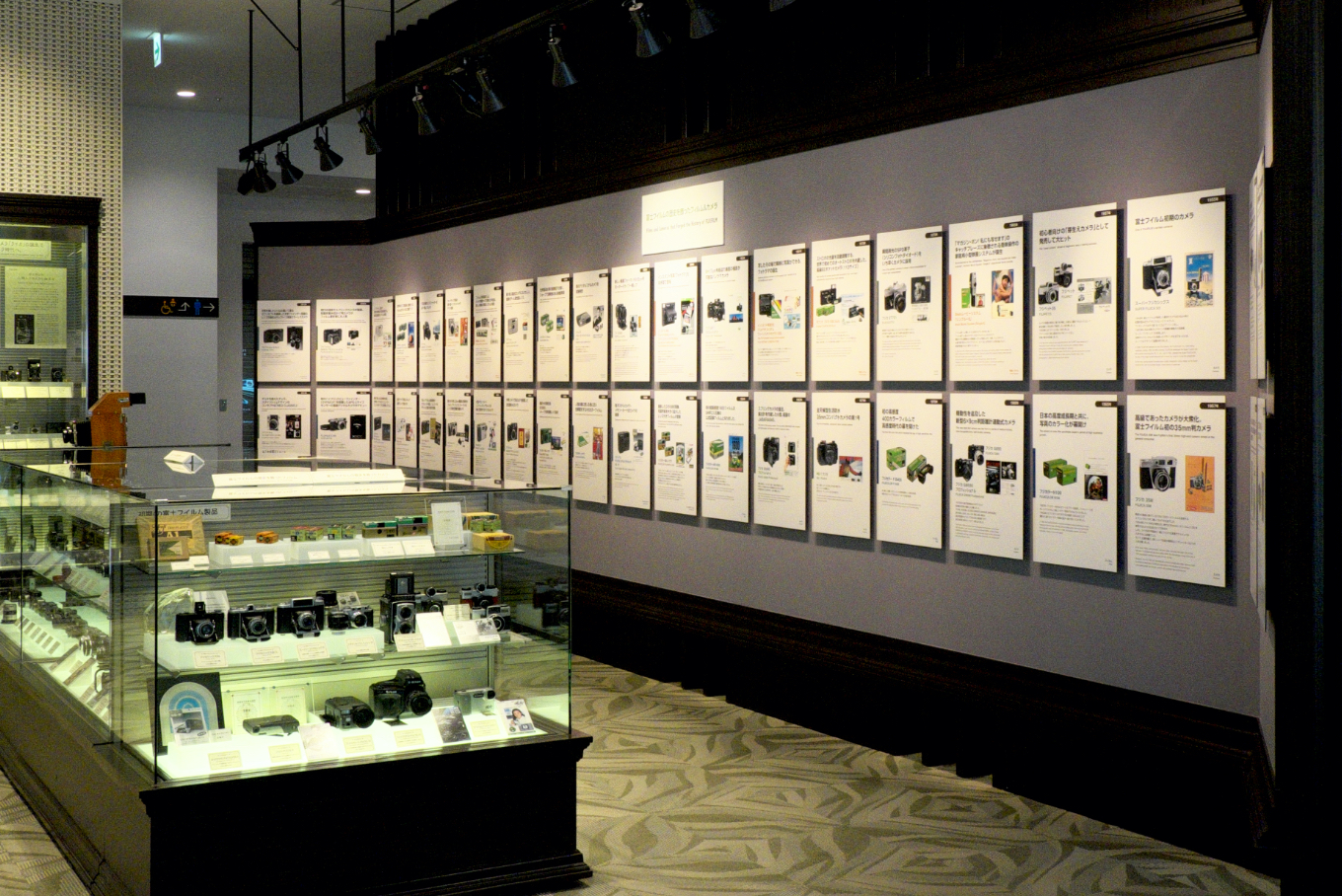 In 2020, The FUJIFILM SQUARE Photo History Museum was recognized by the Association for Corporate Support of the Arts for “contributions to society through the promotion of arts and culture” and has been authorized to use the “THIS IS MECENAT 2020” logo.