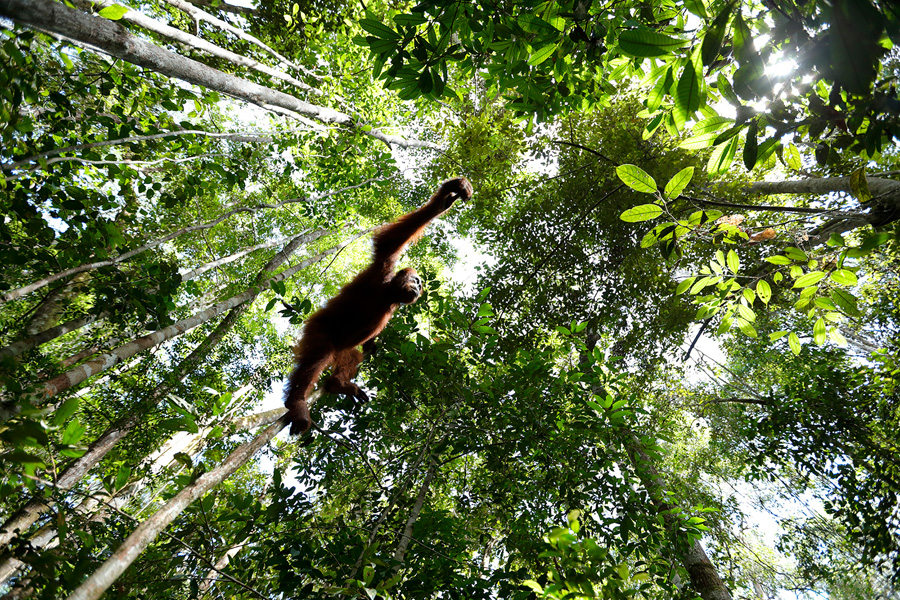 Imaging the World of Life, and Connections between the Land and Waters
FUJIFILM SQUARE Photo Exhibition 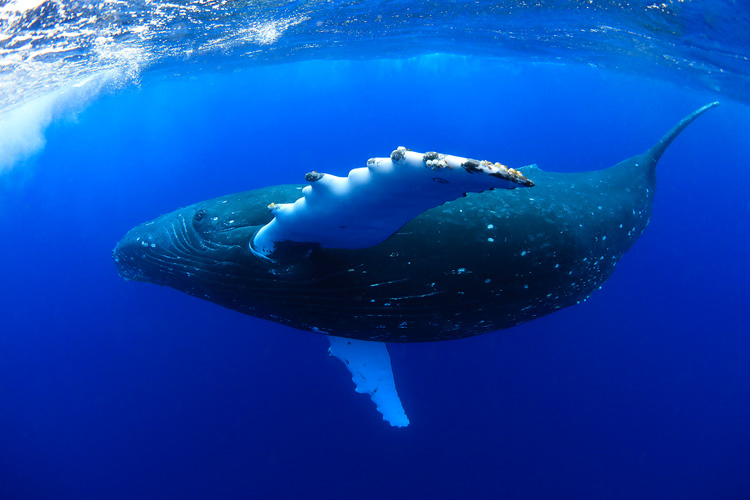 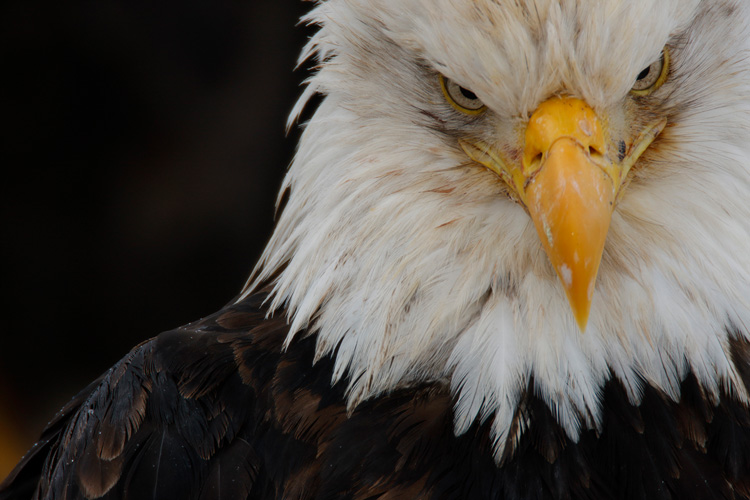 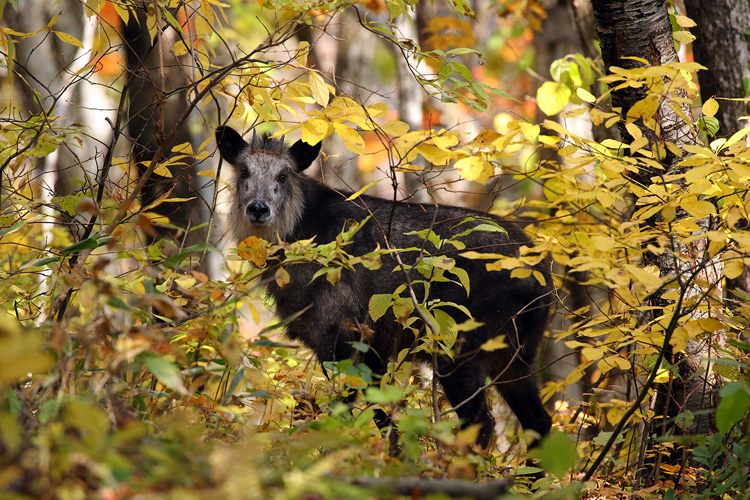 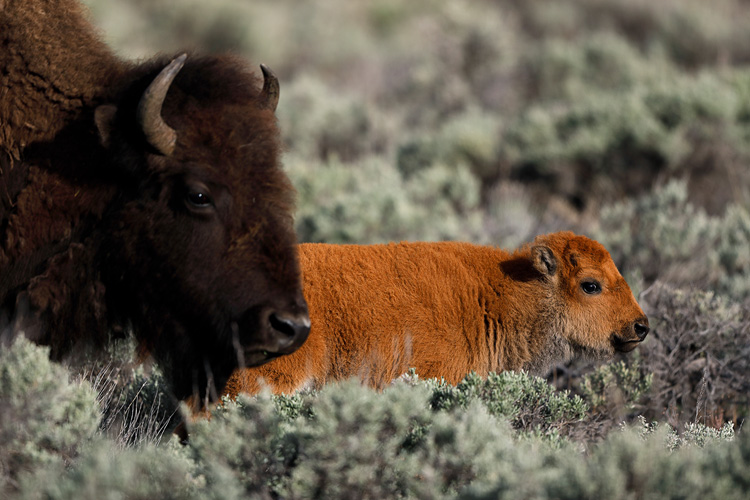 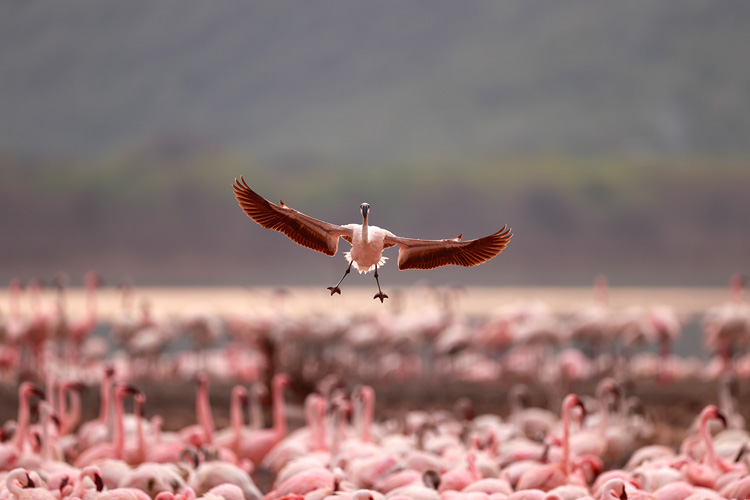 This is a themed exhibition based on “Wildlife of the world,” an ongoing series of articles by wildlife photographer Takayuki Maekawa carried in Asahi Shougakusei Shimbun. The features photographs of wildlife from around the world introduced in the series, allowing visitors to experience life and the natural settings on beautiful silver photographic prints.

Maekawa has spent time in all kinds of natural settings around the globe observing native wildlife, including in Japan, Asia, North America, Central America, Africa, and Oceania. Based on his awareness of our equal relationship with animals and nature, his works sometimes portray innocent expressions and movements, and at other times leave a powerful impression on the viewer.

The message the exhibition attempts to convey is that the Earth does not belong to anyone, but is rather a diverse place where living creatures, including humans, influence and connect with each other. We hope it will help encourage children as well as adults to consider the SDGs* and biodiversity, which have been capturing increasing attention in recent years, not only from the human perspective, but from the perspective of living creatures as well.

In addition, free quiz-format handouts for elementary and junior high school students will be available at the venue under the title of “Wildlife of the world” which they can use for their independent school summer projects. Visitors can also enjoy programs, such as a “Talk Movie” featuring the photographer and supervisor and the “Making Newspapers Area” provided by Asahi Shougakusei Shimbun, that will help deepen their understanding of the content of the exhibition as well as aid them with their independent research projects.

* “Sustainable Development Goals,” or “SDGs,” were adopted by the United Nations General Assembly in 2015 for different social issues that need to be addressed by the international community by 2030.
It defines 17 goals and 169 targets in areas such as the reduction of poverty, inequalities, injustices, health, quality education, decent work, climate and environment.
The exhibition is in line with initiatives set forth for goals 13 Climate Action, 14 Life Below Water, and 15 Life on Land.
We hope that these photos of living creatures will inspire for visitors think more about the SDGs. 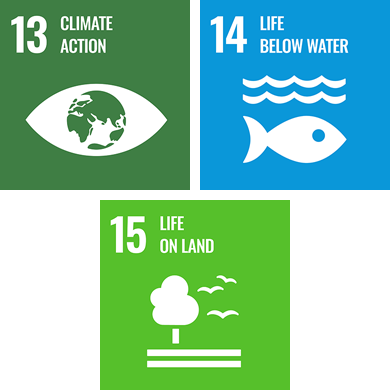 The photographer's introduction of this exhibition

With its sky, forests, and oceans all interconnected, the Earth on which we live is actually a singularly unique realm: rain, wind, and sun enrich the soil, nurturing plants and land creatures and nutrients from the forests flow into the rivers and then into oceans, nurturing creatures that live in the water. The exhibition attempts to capture these magnificent activities through photographs of a variety of wildlife.

Programs associated with the exhibition 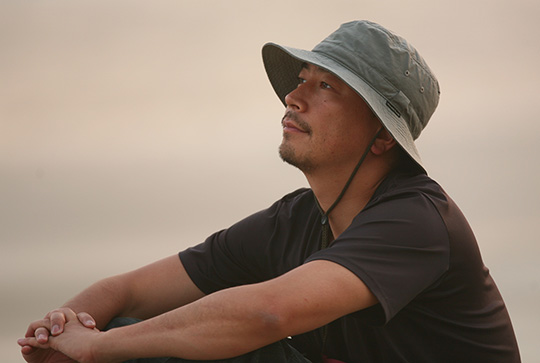 Wildlife photographer. Born in Tokyo, 1969.
After working as an engineer at a computer-related company, Maekawa began studying photography on his own at the age of 26.
In 1997, he began working as an assistant to wildlife photographer Kojo Tanaka, and in 2000 began his career as a freelance wildlife photographer.
Beginning his work in Japan, North America, Asia, and recently expanding to Central America and Oceania, his photography conveys how wildlife live in their natural habitats.
He has appeared on TV programs such as “Jonetsu Tairiku” (TBS) and “Premium Cafe” (NHK-BS), and his work has appeared in a variety of media, including video shoots, photo exhibitions, and photo books.
His recent publications include “Wildlife of the world 1” (The Asahi Gakusei Shimbun Company), “Shimafukurou no Mori” (Akane Shobo), “Bald Eagle” (Shin Nihon Shuppansha), and “SOUL OF ANIMALS” (Nihon Shashin Kikaku).
He was winner of the Newcomer's Award of the Photographic Society of Japan in 2008, and the Grand Prix of the 1st Nikkei National Geographic Photography Award in 2012.
Director of the Japan Professional Photographers Society. 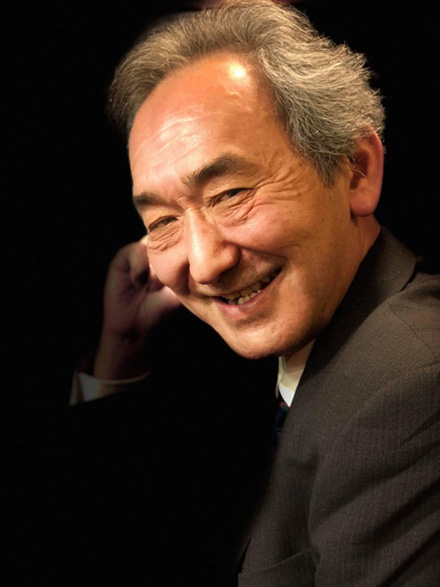 Producer of education and public awareness for Nasu Animal Kingdom. Born in Tachikawa, Tokyo, 1953. Nippashi became immersed in zoo life when he joined the Tokyo Zoo Volunteers as a university student.
After working as directors of the Saitama Prefecture Omiya Park Zoo, Saitama Prefecture Children's Zoo, Sayama City Chikozan Park Children's Zoo, and Tokyo Metropolitan Inokashira Park Zoo, he has taken up other positions including International Studbook Keeper for white-naped crane, Executive Director, Education Guidance Manager and Chair of the Biodiversity Committee at the Japanese Association of Zoos and Aquariums, and advisor to the Tokyo Zoological Park Society (in charge of education spreading projects).
As part of his life's work, he has visited 170 zoos and aquariums in 25 countries, walking through them from opening to closing for as long as his strength and energy would take him (currently suspended due to COVID-19 restrictions). He has also been active in Japan and overseas to study wildlife in settings other than zoos.
Every day, he continues to be thrilled by his encounters with animals he sees for the first time and ever-evolving zoo exhibits. 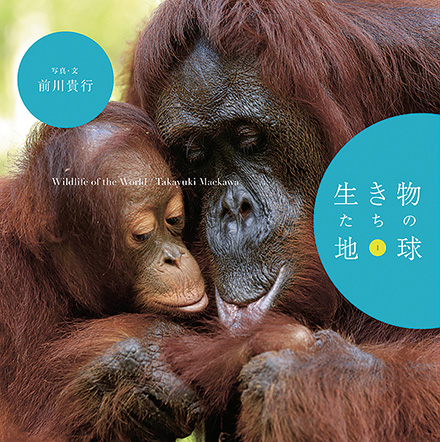 Cover of photo book “Wildlife of the world”

Asahi Shougakusei Shimbun is a daily newspaper for elementary school students that was first published by The Asahi Gakusei Shimbun Company in 1967 and is a sister paper of The Asahi Shimbun.
In addition to providing easy-to-understand explanations of current news, the paper is packed with fun reading material and educational cartoons.
It also features content that is useful for improving academic performance, and preparing for examinations, etc.
There is also a weekly Asahi Student Newspaper.

Photo book “Wildlife of the world 1” (The Asahi Gakusei Shimbun Company) will be available for purchase at the event.

* This exhibition may be cancelled or rescheduled for unavoidable circumstances.
* In accordance with requests from the national and municipal governments and other public agencies, we ask parents and guardians to consider child's health before you decide to visit.

In recent years, there has been a succession of announcements of long-term international goals and proposals aimed at solving social issues, such as the Sustainable Development Goals ( SDGs*1) and the Paris Agreement*2, and expectations are growing for corporations to play active roles in solving these social issues. Against this backdrop, our plan leading up to 2030, the Sustainable Value Plan 2030 (SVP2030), sets long-term targets for 2030 with the aim of contributing to the achievement of global goals such as defined in the SDGs and the Paris Agreement. The Fujifilm Group has identified 10 out of the 17 goals where we can make significant contributions toward achieving the SDGs, and have incorporated specific initiatives in our targets.

*1 Sustainable Development Goals (SDGs): Goals in sustainable development adopted by the United Nations General Assembly in 2015, to be taken up as social issues by the international community until 2030. 17 goals and 169 targets have been established to address the issues of poverty, inequality and injustice, health, education, fulfillment in work, climate change and the environment, etc.
*2 Paris Agreement: International, multilateral agreement on arresting climatic changes that was adopted by the 21st Session of the United Nations Framework Convention on Climate Change Conference of the Parties (COP21) held in Paris in 2015. The Agreement calls for holding the global temperature rise to less than 2℃ over the level before the Industrial Revolution.

SDGs goals that Fujifilm can make major contributions to 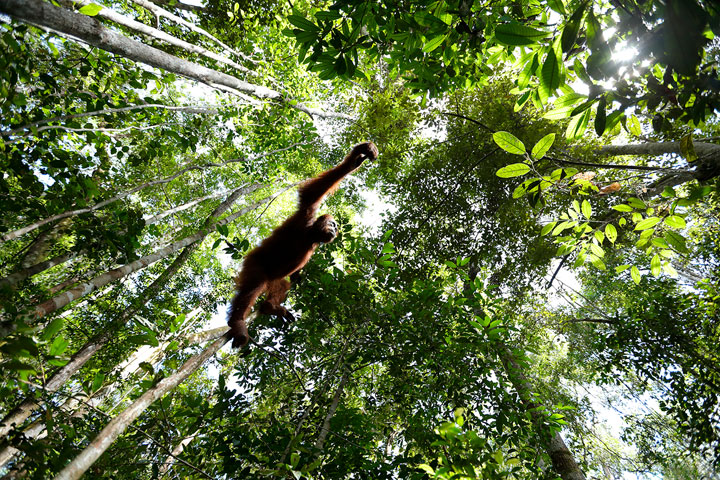 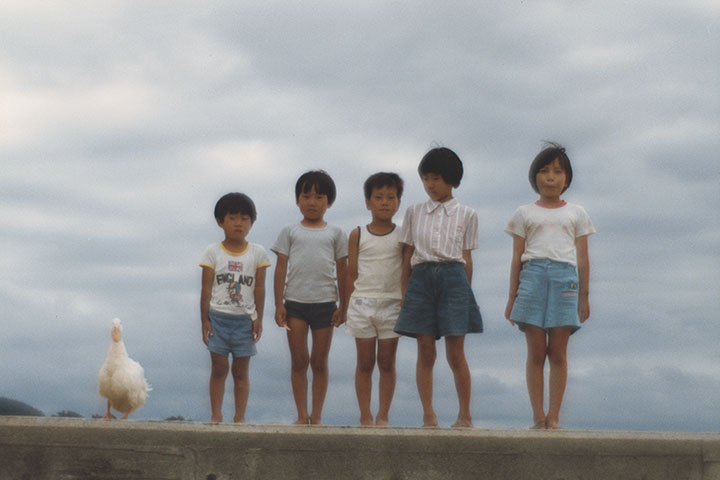 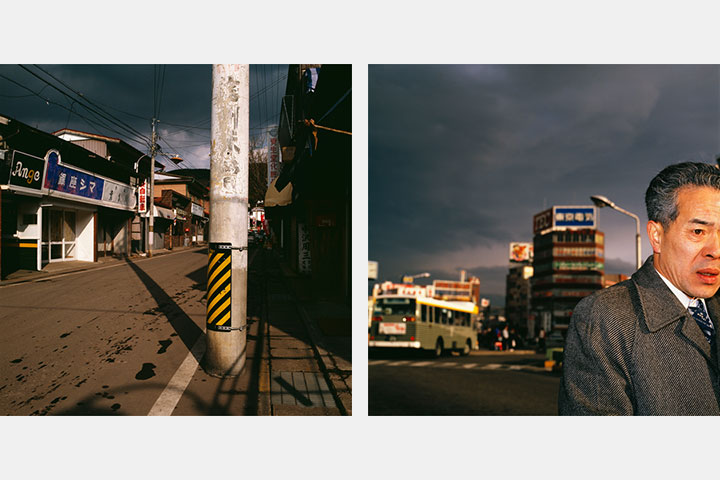